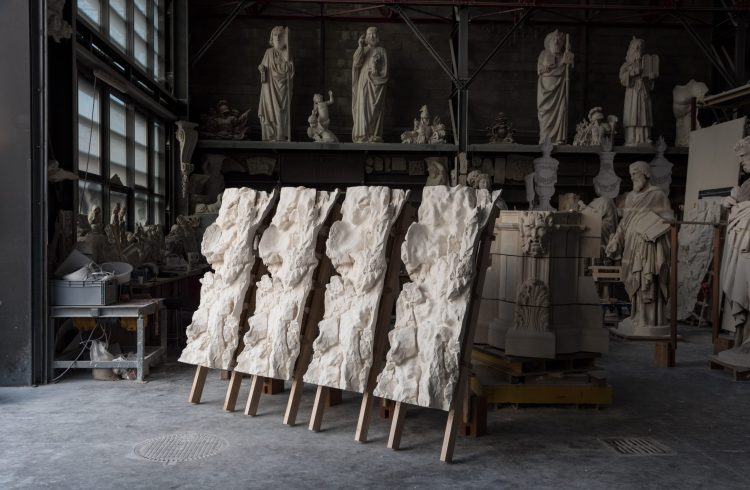 How did this project come to life?
Victor and Edgar — We came up with creations that pay tribute to Marseille’s rocky inlets known as calanques, which represent American Vintage’s native landscape, backed by pieces that recall painters’ furniture from the 19th century. We were extremely touched by the immense respect that the brand showed for our work. 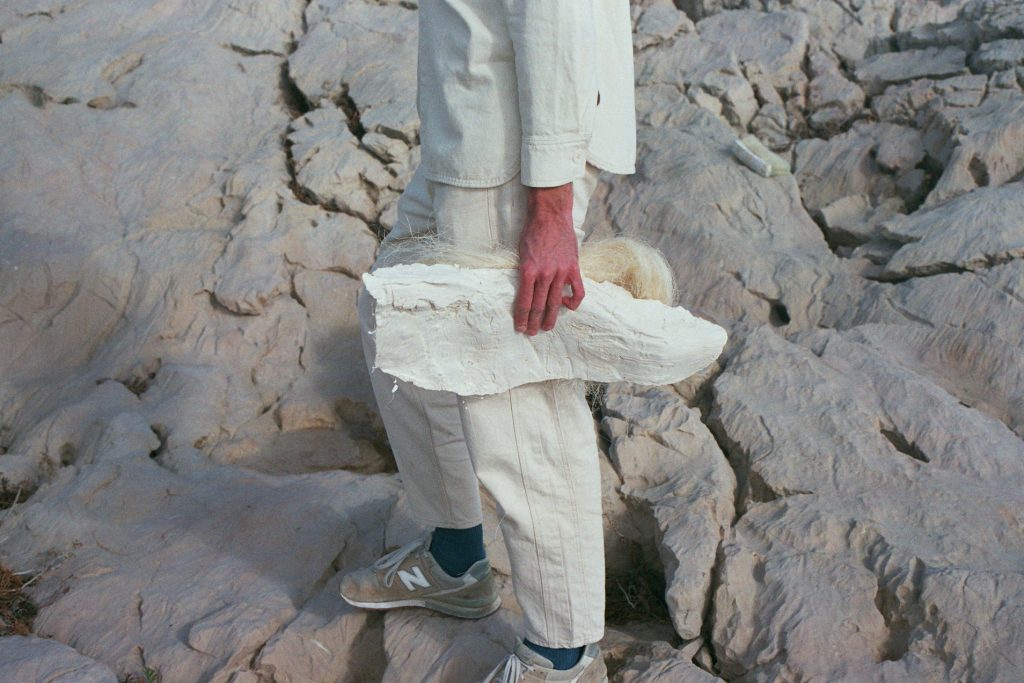 The prize was divided over time. Let’s start with your creative approach, Victor.
Victor — I questioned the immortality of the rock, the way that we could paint it and freeze it in time. As if anticipating the possible erosion by the sea and wind. I wanted to interpret this rock in four works measuring 1.8 metres high and 60 cm wide. They were then sculpted in the Atelier Tollis, in Paris, from blocks of white plaster.

Then, you had to think of a way to exhibit them. Edgar, how did you proceed?
Edgar — It was important for me to give this project a form of continuity, while crafting furniture that American Vintage could reuse afterwards. This resulted in 2.0 easels, racks and pedestals in three types of wood: beech, sycamore and pear tree, crafted at the Atelier Adrian Augagneur. 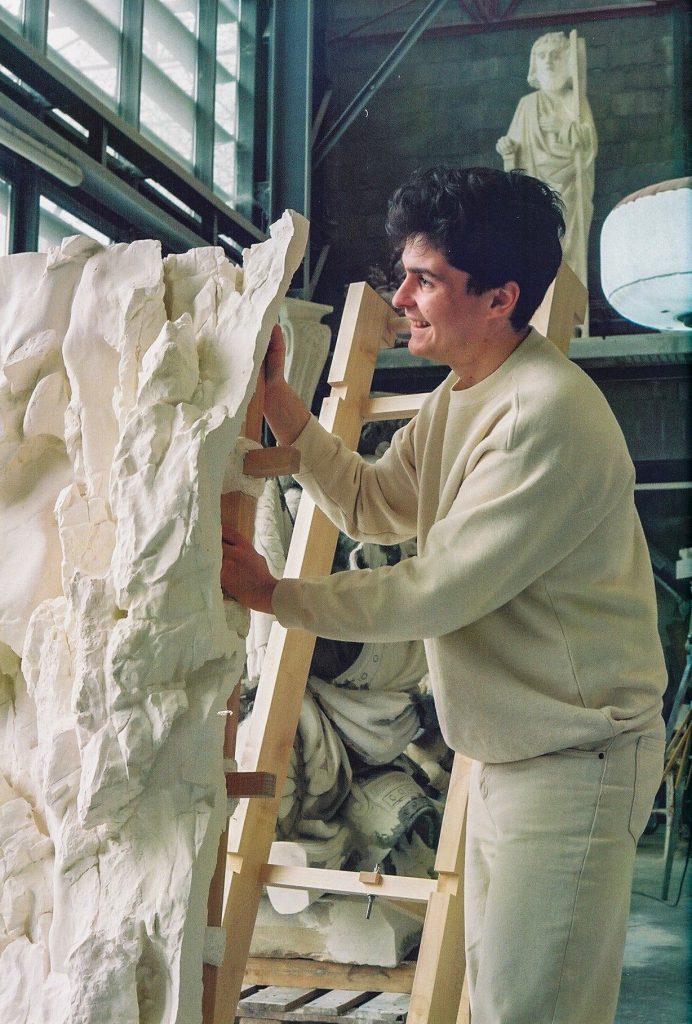 The result: a four-handed project!
Victor and Edgar — Exactly. We were really given carte blanche, which allowed us to explore the farthest limits of our imagination.