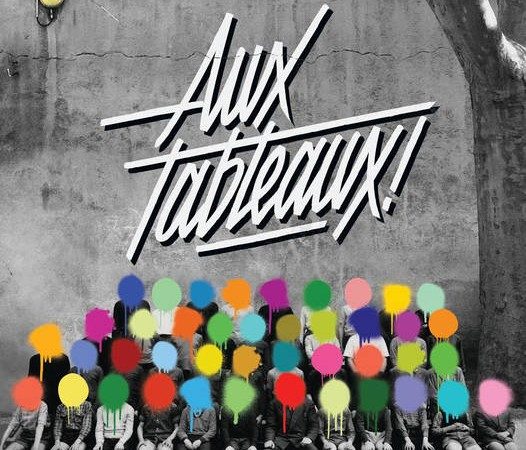 The former school of Saint Thomas d’Aquin is located in the heart of Marseille between the Préfecture and Cours Julien. The 4,500 m2 site was home to a pre-school, primary school, secondary school and high school. This spectacular 18th century building, once known as the “Flotte de la Buzine”, has been a listed historical monument since 2013. It was renamed Saint-Thomas d’Aquin when converted into a school in 1904, which remained in use until 2012. It is here that the Juxtapoz association chose to organise an artistic residency…

A special day of events has been organised for the final day. The school will be open from 11am to midnight and the exhibition will be open until 11pm.

More details and photos at aux-tableaux.com

Crush: Xmas with “The Adventures of Us”

Crush: how to care for your white clothing (in an eco-friendly way)

New models #5: in the vineyard with Lolita Sène

Style: the 4 pinkest looks on the big screen

4 books by women authors for the new season

Where to go in Florence during the day… and night

Crush: how to upgrade our small spaces

Follow us
FacebookInstagram
By continuing to browse the site you are agreeing to our use of cookies.
risus suscipit ultricies luctus sem, ut nec felis risus. Curabitur ipsum