Obsessed with sandwiches: three toasted recipes to die for 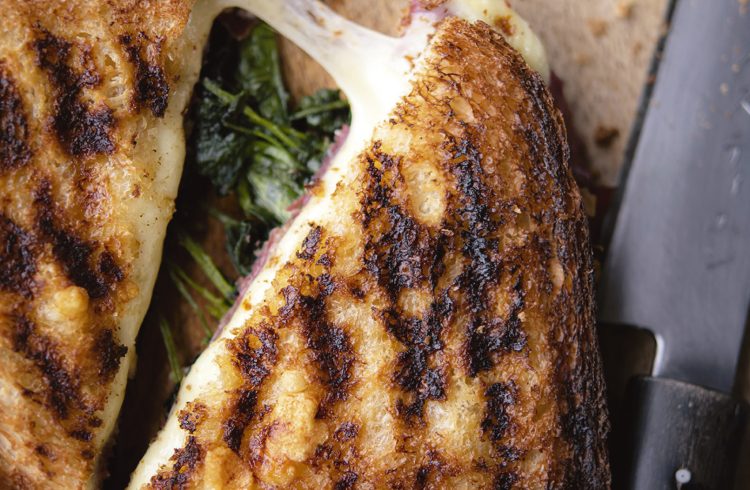 Sandwiches are making a big comeback. So, it’s no surprise that Bastien Petit decided to delight us with 50 toasted sandwich recipes (yes, 50) to enjoy whenever the mood strikes. Here are our top three.

2 – In a pan over medium heat, sauté them in a drizzle of olive oil until they become translucent. Add the honey, salt and pepper to taste, and caramelise for about 10 minutes. When the onions are nicely caramelised, add the baby spinach and crushed walnuts. Stir quickly, remove from heat and set aside.

4 – Lightly toast the slices of sandwich bread in the toaster.

6 – Serve immediately and enjoy while hot.

Tip: To vary the flavours, replace the spinach with leeks or a green veg of your choice!

1 – Cut the tomatoes into slices about half a centimetre thick. Sprinkle coarse sea salt on top and let them sweat out their water in a colander.

2 – Cut the avocados and halloumi into slices about half a centimetre thick. Put the halloumi on a plate and sprinkle with zaatar, then add 4 tbsp olive oil and marinate for 5 minutes.

3 – Next, grill the halloumi in 1 tbsp olive oil in a pan over medium heat for 5 minutes. Flip halfway through. It should be browned and grilled. Season with pepper.

4 – Assemble the sandwiches: on four slices of sandwich bread, place two slices of halloumi, two slices of tomato and add some slices of avocado and a few leaves of basil. Drizzle some olive oil on top and season with pepper, then close with the other slices of sandwich bread. Preheat your grilled cheese maker. Lightly oil the trays with a brush or paper towel. Cook the sandwiches for several minutes until the bread becomes golden brown. Serve immediately and enjoy while hot.

Tip: Originally from Cyprus, halloumi can now be found in most fine food shops and supermarkets. If you’ve never tried it, this is the perfect time!

2 – Add one slice of Bayonne ham to each, along with a few slices of ewe’s-milk cheese. Sprinkle some chopped chives and Espelette pepper on top, season with pepper, and then close the sandwiches with the other slices of spelt bread.

3 – Preheat the grilled cheese maker. Lightly oil the trays with a brush or paper towel. Cook for several minutes until the spelt bread turns golden brown and the ewe’s-milk cheese melts. Serve immediately and enjoy while hot.

Tip: You can easily test this recipe with another ewe’s-milk cheese from southwestern France and a strong chorizo to keep the delicious Iberian flavours. 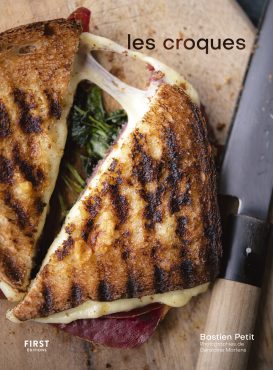 Discover more toasted sandwich recipes in Croques, by Bastien Petit, published by First Éditions in September 2021. You can buy it here!

5 books to take to the beach this summer