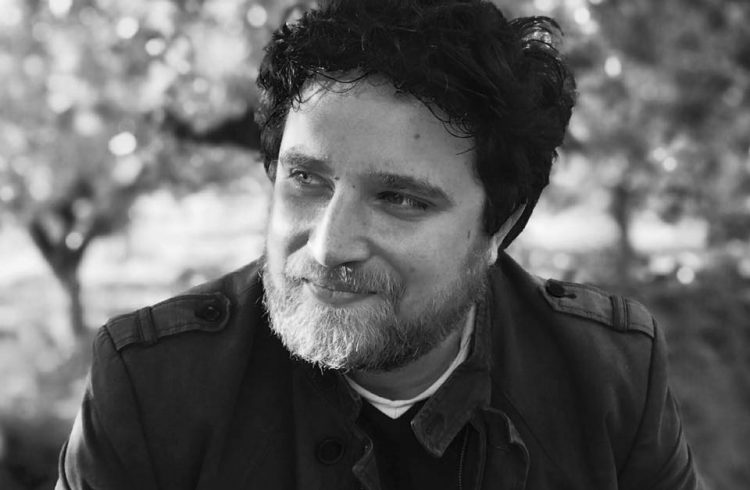 In 2020, we launched NEW MODELS, a series of portraits and interviews of people and initiatives shaping tomorrow’s world. Fashion, food, design… How can we produce differently? Who is shaking things up and why?

With his Profil Grec brand, Alexandros Rallis builds a bridge between Paris and Kalamata and anoints our plates with the best that Greece has to offer. Olive oil from a single parcel, produced hand in hand with local producers, ultra-fresh feta, sardines in brine, honey and some hand-picked branches of oregano, which cross the Mediterranean in his care. 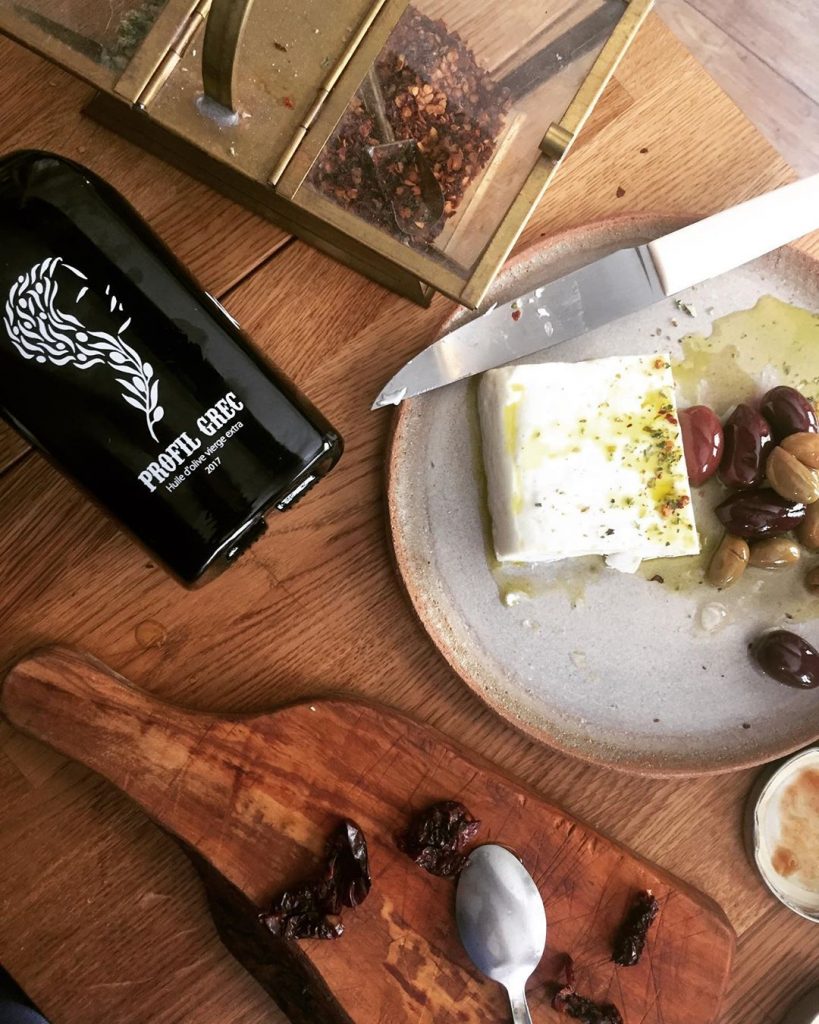 It’s noon in the 20th arrondissement of Paris and it’s very hot. Alexandros Rallis welcomes us into his cosy flavour emporium, several square metres of space that are home to something between an office, a cabinet of curiosities and a neighbourhood corner shop. On today’s menu: a cheeky smile, a debonair attitude and large gestures that give you room and make you feel right at home. Born in 1984 in Paris to French-born Greek parents, Alexandros Rallis has been navigating between the two countries from early childhood. After his studies, he decided to seal his love for these two lands with olive oil. “I was looking for an excuse to return to Greece more often. One winter, I was admiring the olive trees and realized that the answer had been before my very eyes the whole time.” This was how the Profil Grec adventure began, in 2008, in the olive groves of Kalamata. Working directly with producers, Rallis selected an oil from a single parcel, treated like a grand cru, without blending or assemblage. In 2009, he came back to Paris with his first containers of oil, which he immediately sold to renowned restaurateurs, such as Iñaki Aizpitarte from Chateaubriand in Paris. “I knocked on doors, had people sample the oil and then they bought it. After that, chefs started asking me for specific Greek products, such as Kalamata olives. So, I went back in search of new Greek producers and high-quality products. Nothing was ever planned beforehand.” During these continuous round-trip journeys, he brought back feta, honey, dried herbs, roasted chili, sausages and sardines, not to mention a luxurious bottarga (salted, cured fish roe)… Exceptional products that appeal to both restaurateurs and foodies who are as meticulous and passionate as he is. His goal? To satisfy everyone in love with good products, regardless of their budget: “We supply restaurants with 12-euro set prices as well as those with 300-euro tasting menus. Quality shouldn’t be elitist. It should be accessible to everyone.”

In a village-like atmosphere in Paris

In 2016, he opened the Profil Grec shop, nestled in a calm street of the 20th arrondissement of Paris. A hybrid space, part-office and part-shop. “I want to maintain this model, because I’m not looking to run a general store. I want to keep this contact with people in search of unique products.” Taking the time, offering samples, talking with customers, the exact opposite of the increasingly rapid consumption of mass-market stores, in order to bring the leisurely Greek lifestyle to the capital in a stream of oil. 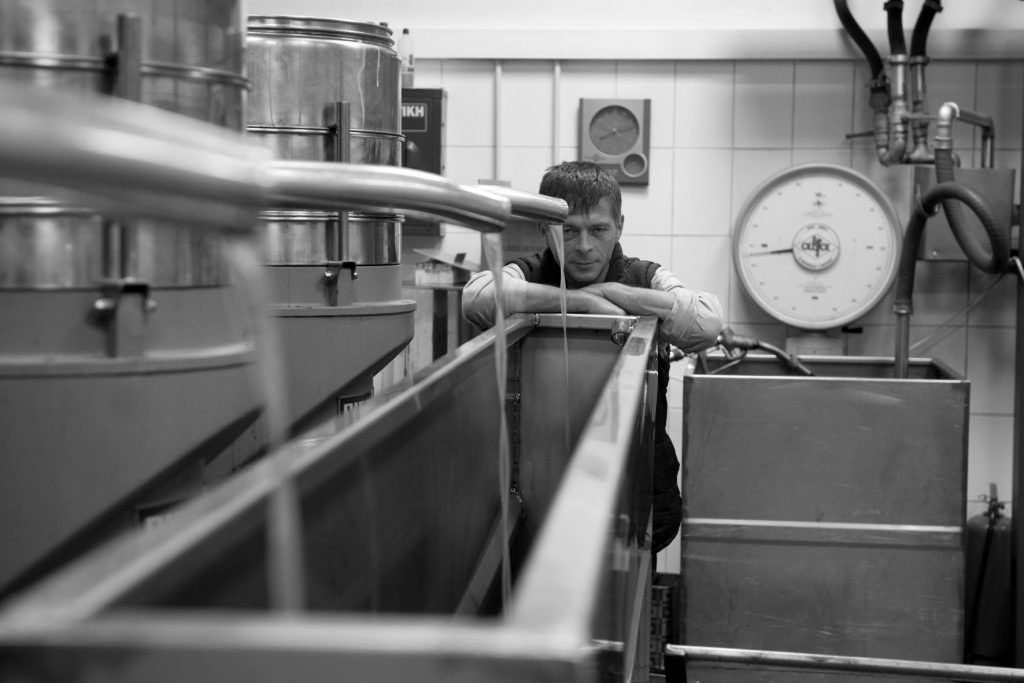 People come from far and wide to the door of 7 rue Savies for the Profil Grec olive oil, the only branded product of the House. Hailing straight from Kalamata, it stands out with its single-parcel cultivation before it is put directly in containers. While the great majority of olive oils on the market are blended, Alexandros has made an exceptional product in limited quantities. “We treat the olive oil almost like wine by working with the Koroneiki variety. Due to the variations of the soil in Kalamata, our oils differ greatly from one parcel to the next. And when it runs out, you have to wait until next year to get more.” Backed by his empirical knowledge as a distinguished taster, Alexandros has his own criteria for achieving the perfect product: “I look for greenness, bitterness and a long finish, always signs of a product that is pampered, coddled and well cared for.” 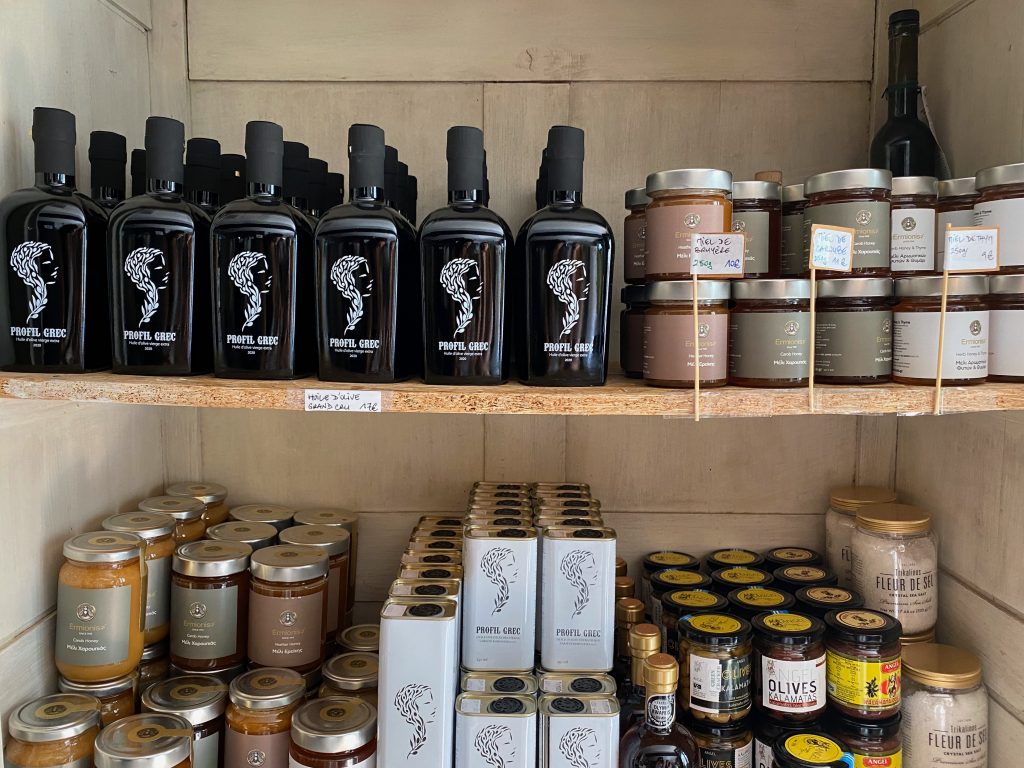 For him and his team, the lockdown was the perfect opportunity to reinvent themselves in order to respond to the crisis. Inspired by olive oil vendors from the past century who left Kalamata in the morning to sell their olive oil door to door in Athens, Alexandros set up a home delivery service for his clients and met with a certain amount of success. Now sought after post-quarantine, his products showcase the treasures of Greece all over France. How does he see the new world we are facing? “I want people to consume differently and select more carefully. I want them to understand that their purchases are also political choices. And that this isn’t limited to a privileged few: right now, I’m working on a new preferential price system for precarious workers, students and the unemployed. Quality is a commitment.”